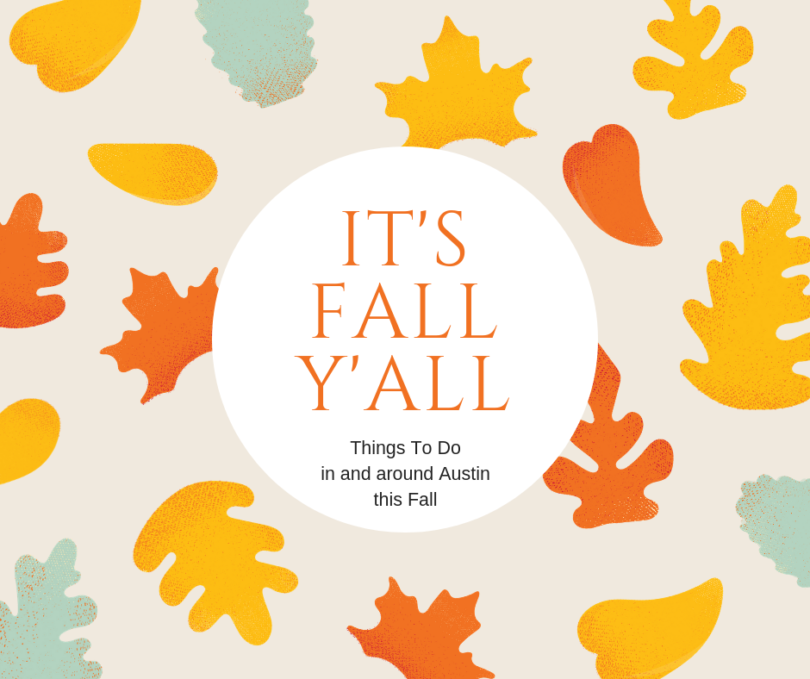 Fall is my favorite time of year! It may be 90 plus degrees still, but that doesn’t stop us from feeling fall-ish and festive here in TX. It’s the best time of year to get out and enjoy all that central Texas has to offer.  Here are some fall activities and events to get you in the sprit.