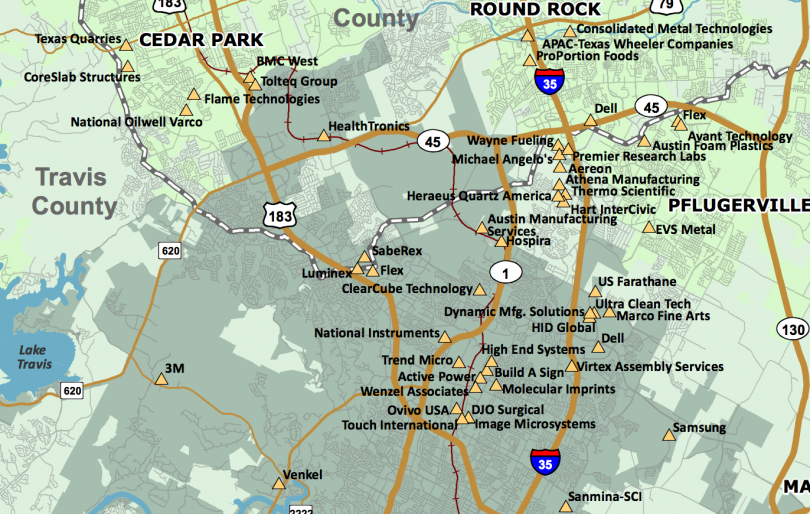 Are you considering relocating to the Austin area? Do you want to know who Austin Major Employers are? Take a look at the map link below. The job market is very robust here and there are a large variety of employers in many different fields.

The Austin Business Journal noted, “Austin region’s population estimate moved past 2 million between 2014 and 2015, the Central Texas region saw an average overall gain of 157.2 new residents (births, deaths and migration) per day last year. And 52.4 of those new daily residents landed — by plane, train or birth — inside Austin’s city limits.”

Here are some maps of Austin Major Employers provided by the Austin Chamber of Commerce that show where major employers are located in the Austin metro. Finding housing in close proximity to your job is important in Austin, as commuting can be challenging depending on your commute route.