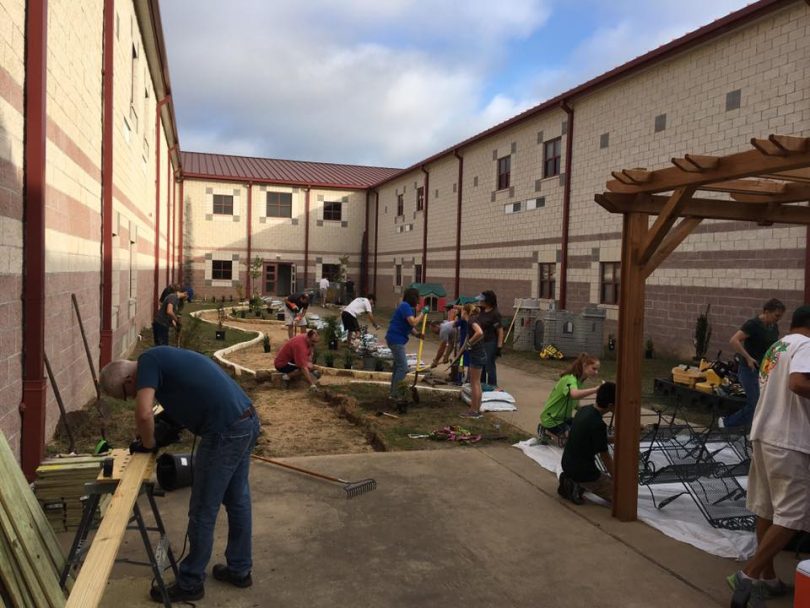 In 2015, while searching for grants for my kid’s school garden club that I started, I came across a Lowe’s Home Improvement grant application online. Since I had written grants before in my previous career, I decided to give it a shot. I requested funds to improve the school’s inside courtyard. To my surprise, about six months later, I received an email from Lowe’s stating that our school was granted $5 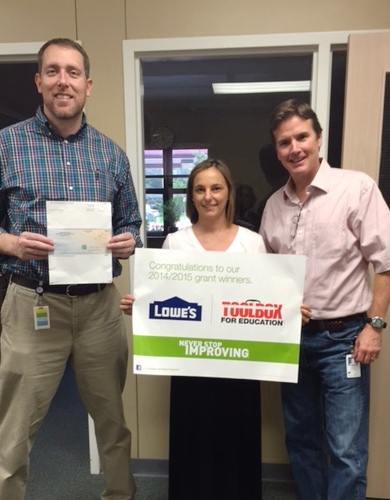 ,ooo! It was in May 2015 at the end of the school year, so we were not prepared as to what to do with the funds immediately. Luckily Lowe’s has been understanding that this endeavor would be purely volunteer and would take some time to complete.

I formed a committee at school to assess the needs of the teachers and students as to what they would like to see the underutilized courtyard become. The space was only being used for the youngest children at the school and only for a short amount of time each day.

Suggestions were: a workspace for science and art projects, having a more inviting space with plants and landscaped areas, more shade, and just an overall nicer feeling. 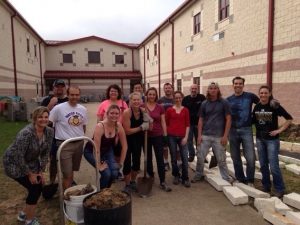 Last school year 2016-17 we implemented Phase 1 by creating a riding path for the pre-schoolers and added a large wooden pergola for shade and to help fill up the space visually. It doesn’t seem like a lot, but it was a large undertaking to handle that much material with a small crew of volunteers.

Love Where You Live Volunteers

In the 2016-17 school year, we accomplished a large amount of work in one day thanks to a Love Where You Live group who came out with over 25 volunteers on a Saturday.

There are still a few more finishing touches to be done. We are planning on covering the chainlink fences around the A/C units with painted fence pickets to bring in some more color. We will also be painting some fun pictures and games like hop-scotch on the sidewalks. Eventually we would like to replace  all of the plastic houses with wooden houses and maybe a playscape. But we will need to do more fundraising for that.

Here is a recent picture. Stay tuned as we finish all the projects and I add more photos here.

Below is the before picture of where the courtyard started. Very dry and barren with no shade. Not a happy place to be. 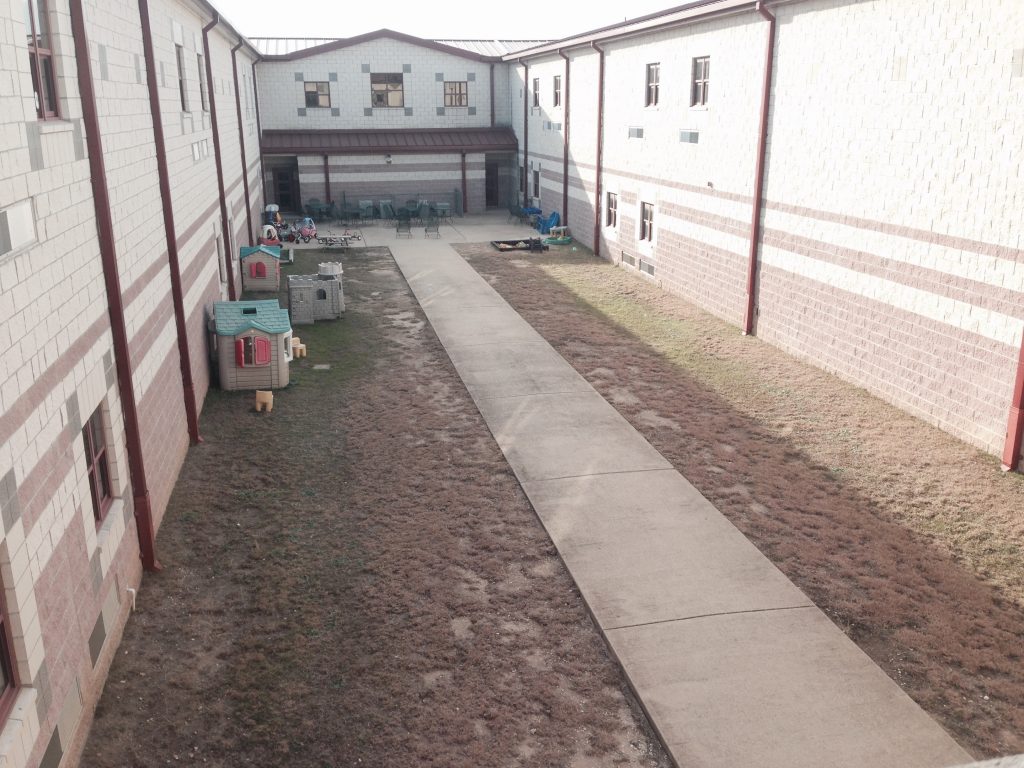 BEFORE image of courtyard. Barren and boring.